The Wheel of Time: The First Turn

The Wheel of Time: The First Turn

It is the first of four albums released for season 1. This album consists of the themes that are used throughout the season, while the following three albums are more directly the music used in the episodes.

The album has 14 tracks.

Prior to the release of the digital album on November 12, 2021, several singles were released online:

The album is described as being largely conceptual, with key themes that spawned variations in the final score.[1]

The universe of The Wheel of Time is truly unique. Inspired by oral traditions in storytelling, each theme's voices tell the story of the character, place, or idea in Old Tongue, a language unique to the universe of The Wheel of Time. The score to this series is a re-imagination of fantasy music, doing away with the genre's reliance on large, traditional orchestras in favor of more modern colors while retaining the strong melodies and bold harmonies that fans can expect from such an epic. It was my honor collaborating with showrunner Rafe Judkins along with our 14th Street Music team and musicians to share The First Turn album with you. 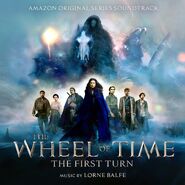 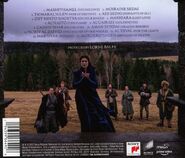 Back of the CD case 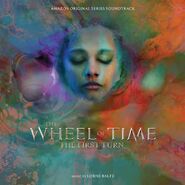 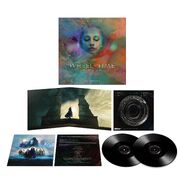 The full album was officially released by Prime Video on YouTube.

The songs have all been officially uploaded to YouTube by composer Lorne Balfe.

Aes Sedai (Servants of All)
Track 4

Mashiara (Lost Love) (from "The Wheel Of Time" soundtrack)
Track 6, and single

Al'Naito (from "The Wheel Of Time" soundtrack)
Track 7, and first single

Casein'shar (Old Blood) (from "The Wheel Of Time" soundtrack)
Track 9, and single