Shadow's Waiting is the second episode of the television series The Wheel of Time. 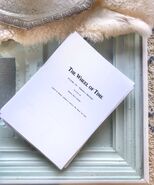 Title page shared by Rafe Judkins on July 30, 2018
Add a photo to this gallery

Retrieved from "https://wot-prime.fandom.com/wiki/Shadow%27s_Waiting?oldid=1091"
Community content is available under CC-BY-SA unless otherwise noted.